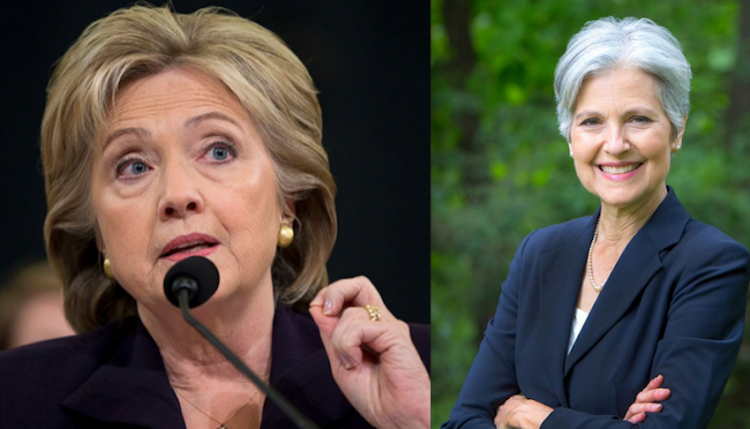 Not Sure How to Vote?

Before the second debate I posted: “Vote as if your life depended on it.”

“This may be the last time you vote if Trump is not defeated.  Really?  Really!  Can you imagine Trump running an election?  He will claim that “Mexicans” cannot vote because they are biased against him.  He will claim that women are not fit for voting either, but rather for being “grabbed by the &%#@@*.”  It s now or never, folks.  Republicans hope he drops out.  But we can do better.  Let s not miss the opportunity to strongly elect the first president who is a woman.  Some might think it’s indirect to come to that position via the “first lady” thing.  Let s be honest.  If the US had had 42 “first gentlemen” and no first lady yet, don t you think that men interested in political careers would use the “first gentleman” position strategically to access the exposure need to qualify for it?  I look forward to a republic where the first “first gentleman” comes into existence.  It s about time folks!  I’ll trade that any time for a dictatorship where women are “grabbed by the &%#@@*.”  Won’t you?  Say YES if you agree.  And make sure you vote!”

But I was perplexed after the debate and posted this to Facebook.  It generated a long thread you can find here.

People helped me.  And finally, what really helped me was looking at the issues.  Not sure how to vote yourself?  Here are my reflections, and the links.

“I’m not sure how to vote.  To me it s very simple: get the billionaire class to fund the green economy, get the mass incarcerated out and pay them to produce solar panels, get out of all oil wars, stop all pipelines.  It s a simple plan that resolves several problems.

But for any of the main candidates it seems too difficult to grasp.

I want to vote for Hillary but I by far prefer the program of Jill Stein.

Hillary went for the right.  She wants to be elected by the Republicans who repudiate Trump.

I don’t think that s very honest or wise.

She did well in the debate.  She held her ground, ruffled his feathers well enough.  She came across as mature and wise.

Modeled presidentiality in a woman s body, which I like.

But she didn’t talk about police violence, she included fracking as a “transition” to the green economy, and wasn’t clear at all about Isis.

The debate was very narrow.  Nobody even mentioned Haiti w over 800 victims of a super hurricane enhanced by global warming.

I don’t think there is much hope.

If I could be sure that Trump is defeated i would give my vote to Jill Stein.

Can you help me think through this?”

Many many comments poured in, and what really made a difference for me was looking at the websites where I could educate myself about the issues.  I do wish Jill Stein a lot of good things, and I do respect the position of those in the blue states who will vote for her.

For me, as an immigrant, I want my vote to go to a person I can believe in.  I acquired this right.  I was not born with it.  I acquired it by working, not from allowing billionaires to “grab me by the &%#@@*” and then call me a “gold digger.”

Debates may not help.  But when you look at the issues, you know there is a difference.  Roe and Wade.  Marriage Equality.  Global Warming.  Health Care.  Criminal Justice.  Green Economy.   Many more . . . They’re there.  There is a position, a plan.

I need a GOOD reason to vote for a certain candidate.   Fear is not enough.  If you feel the same, go to the sites too.  Educate yourself about the first former first lady ready to become president.  Viva the first “first gentleman.”  Let’s hope he initiates a long line of men of a gentle nature who proudly support women.  And viva Hillary.