The EcoSex course at U Conn is in process.  It’s a great experience.  We are reading amazing books.  Thinking out of the box and across disciplines.  Students are sending their responses in, with discussion questions.  In class, we connect the dots: a holograph of what we’ve read together, the “required readings.”  Multiple perspectives and good synergy.  Here, we offer a glimpse.  Serena Anderlini-D’Onofrio’s Gaia and the New Politics of Love was one of three cultural theory books.  We got four responses: from Michael, Alissa, John, and Alexandra.

Here’s John‘s take:
Response to Serena Anderlini-D’Onofrio’s Gaia and the New Politics of Love: Notes for a Poly Planet
Overall, I liked this book. There was a lot of set up in the first two parts that would have left any reader grasping for straws or a formal conclusion. The third section really brings things together. I believe this book does a better job at convincing readers (i.e. me) of a possibility of Ecofeminism as Scientific Theory as a vector to propel better philosophies of interconnectedness in the world.
The book practically opens with, “I propose to focus on an alternative mode of reason that posits symbiosis rather than independence as the basic form of relatedness between individual entities,” (4). This connection between looking at diseases (particularly AIDS) as holistic imbalances rather than allopathic invasions is pretty clearly outlined in the second part of the book, but my question here is do we have examples of this sort of holistic thinking developing into proper scientific theory? Or stated differently, I am not medically or scientifically inclined, but I do appreciate and approve of holistic and natural medicines, but does holistic thinking, especially in the medicinal field, necessarily throw out the scientific method of observation? 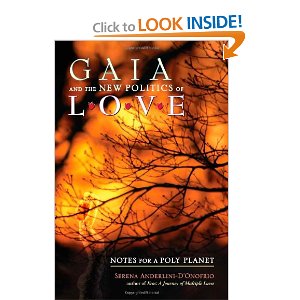 Another quote that resonated strongly with me (I have no objections to it, just an observation) is when American foreign policy is compared to allopathic medicinal approach, “The United States is the body, the Twin Towers one of its vital organs,” (78). I hold the pretty unpopular opinion that the United States brought 9/11 upon itself. This is usually taken to mean that I think the United States (and the victims of that day) “deserve” what they got. I don’t mean this in the slightest, but rather that because of American interference in the politics and economies of the Middle East, our sins have come back to bite us in the form of Osama bin Laden and his goons. If we were to end our involvement in that region, it would mean reevaluating our economy. It would force Americans to ask, “Why are we so dependent on fossil fuels, especially those based in the Arabian desert?” or “Why do we consume so much when it is so harmful to not only our environment, but our people?” I think those are the questions that should be asked if we’re going to look at politics and economics holistically rather than allopathically. (Allopathic and compersion, two new words I really like from this book.)
I was raised in a very conservative Christian church. I was once told that just to have an erection prior to marriage was considered a sin. Even though I went to public school, we were still introduced to sex as essentially, the vector for venereal disease and unplanned pregnancy. I think you describe this perfectly when you write, “The AIDS crisis has produced a social energy that links erotic expression with fear,” (105). Even though I had left the church and was pretty much a free thinker by the time I lost my virginity, I still had a rush of frightening emotions (that included things like, “Do I have an STD? Am I going to be a father?” among others) that really had no right to exist in my mind at all. The attitude of fear that emanates from our public institutions regarding sex is really evident and I like how those are quickly contrasted with the Bi-Poly movies you describe so vivdly and how those attitudes as arts of love can help transform the world.
In no way do I want to be put in the position of defending the Catholic Church. So I won’t, I do feel they are demonized in the book. Fairly? Maybe. I’m just not a big fan of demonization of any kind. That being said, I will defend the Medievals. They get a bad rap, especially coming after the fetishized Renaissance. Just like us, the Medievals thought for themselves, governed themselves, and had developed senses of what constituted humanity. In the Great Chain of Being, women DID have souls and spirits, contrary to what’s written on page 8. In the Medieval spiritual hierarchy, men were always above women, but both men AND women had souls (which allowed them to move. Animals also had animus) and spirits (which allows them to think rationally). The belief was that since men were above women, men were closer to God and had a more developed spirit, while women were closer to animals and had stronger souls, making them more animal-like. The topic is still open to debate about how, but historians recognize that women in the Medieval period had more rights and typically better lives than in the “Enlightenment” and especially the Victorian Eras.
Sorry. Just has to defend my friends in the past.
Overall, I loved the book. Fighting paranoia and fear with art is a powerful thing and I want to see both of these movies.

WGSS 3998 – Ecosexuality and the Ecology of Love
Prof. Serena Anderlini-D’Onofrio
U Conn, Storrs, Spring 2013
Course Announcement and Description
Dear Earthlings:
Let “nature” be your teacher in the arts of love.  Education is the heart of democracy, education to love.  Come back for more wonders: Students Responses to appear every Tuesday.  Book Reports to be scheduled soon, every other Thursday.  Check out our summer offerings:  Ecosexuality in Portland, OR, July 17-21.  Info and Registration here!
Namaste,